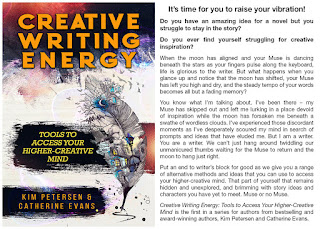 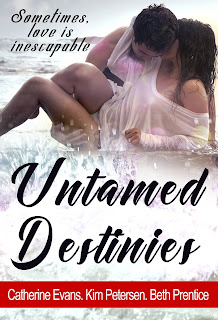 You'll fall head over heels in love after catching a storm while running.
New to town, in a stressful job, Tamara Hancock jogs daily for her sanity. When she comes across a riderless horse, memories of her childhood flood back, including her grandmother's odd prediction.
Rob Richmond wasn't paying attention when his horse, Storm, dumped him into the ocean. With a suspected broken collarbone and ankle, he's not sure how he'll get home until Storm arrives with a woman who is part guardian angel, part Amazonian warrior, and all horse whisperer.
Tamara is difficult to work out. Sometimes funny, sometimes feisty, always skittish.
Can Tamara work through the pain of her past, and find hope for a future? Is Rob the man who can earn Tamara's trust and her love?
A sweet rural story of 19 000 words.

THIS SHOULD BE AVAILABLE EVERYWHERE FOR FREE.

Does she dare pursue all her dreams?


Quin Fitzpatrick left Grong Grong as an eighteen-year-old to play Aussie Rules in Sydney, but after eight years the shine has gone from the lifestyle. When his best friend’s little sister follows in his country-to-city footsteps, he promises to look after her. She can stay with him and he’ll protect her as best he can. Besides, Watercress is the little sister he never had.


But Cress is all grown up now and playing Women’s Aussie Rules, and it’s about time that Quin sees her as a woman too...

You can find out more about this book, and the others in the series, here:
Escape Publishing
Amy Andrews
Nicola Marsh
And if you'd like to purchase, you can go to your favourite e-tailer:
iBooks
Booktopia
Amazon AU
Amazon US
Amazon UK
Google Play
Barnes and Noble
Kobo
Nook

A Pocket of Pebbles

This is a collection of 8 romantic short stories, all mentioning gemstones. They were written for the Romance Writers of Australia’s annual short story contest between 2008 and 2014. Each story is a tiny pebble—less than 3000 words.

There are no connections between the stories, except for a touch of romance.

You may find birds and vampires, cops and crashes, married couples and young love. Some are serious, some amusing, some crazy madness.

I hope you may find a story that suits you

Move to the country for $1 a week.

Dulili is suffering a people drought. Over the years more people have moved away than have arrived to stay in this old New South Wales farming town, and now only a handful of young families and elderly residents are left. The locals put a plan into action to entice newcomers: offering the town’s empty houses to newcomers from anywhere in Australia.  Who could resist renting a beautiful homestead for a dollar a week?

Alicia used to know exactly what her life would look like: marry her best friend, manage her home town agricultural store, and live in her grandparent’s old house. But life never goes to plan, and Alicia is left with nothing more than the store to keep her going. Until a new employee walks through her door and offers a new friendship – and potentially something more.

Lachlan has spent his life running, and Dulili is just far enough away for a new start. But small towns have few secrets, and running from the past is a surefire way to guarantee no hope for a future.

I grew up in the city and couldn't wait to leave. My dream was to 'move to the country and own a horse'. Moving to the country brought me so much joy - but I made a lot of mistakes. There was just so much I didn't know.

I've been on this writing journey since 2008 when I needed a new career after being ill with Ross River Fever and Glandular Fever.